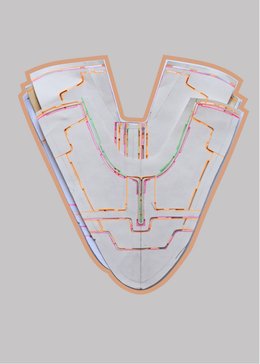 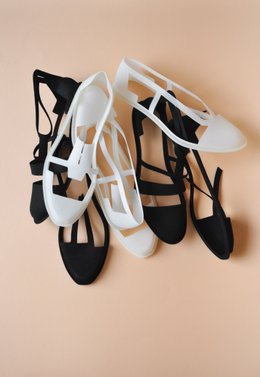 The goal of this project was to develop a new/ modified construction for footwear, which would simplify production processes and minimize resources needed. This simplification should allow for the craft of shoemaking to be opened up and be made more accessible not only for the maker but also for the community around him.

Through rethinking, reevaluating, recontextualizing the techniques used within traditional making the thought process becomes open to reinterpretation. The shoe as a product, which is not finished, but can be torn down and rebuilt, not forgetting the knowledge inherent in it.

Influenced by traditional craftsmanship, the processes and constructions used, a series of experimentation was conducted to develop different methods of making. Looking at techniques used within mass production and bespoke making, it becomes apparent that the general ‘build-up’ of the product is very simi- lar; both are built around an insole. The main difference is the stitching employed within traditional making, whereas industrially pro- duced footwear is mostly glued.

The shoe, as connecting the more rigid of the outsole to the soft and flexible of the upper, has led to an investigation of different processes where these attributes are connected. Tents, upholstery, the human body are all based on the principle of connecting flexible parts with a rigid structure; a frame.

A frame which forms the sceleton to be dressed with the individual components: upper, lining, outsole. This way of building up a shoe would allow the individual parts to be removed and exchanged.